I got this gorgeous dress in the color lavender and what I love about the Edressy site is that they custom make the dress to fit every curve of your body. So, they basically took my bust, waist, hip measurement as well as my height & weight. Now isn't that great? a dress that is tailor made to fit you exactly how you want  a dress to fit you?

Also, I was quite surprised with the quality because it was actually made fairly well & I love the flowy chiffon material that came along with this dress. The pleats were also a major plus because it added the vintage feel to it.

Now, even though I graduated high school about 6 years ago, if I could ever go back again in time, I would definitely rock this dress to my senior prom.

Posted by Nikki at 2:41 AM 4 comments: Links to this post

Hey loves!
So, I thought I'd add this little segment in my blog since I know I don't update on personal style posts as often as I should. But anyway, I hope you like my photos! I update my instagram a whole lot since it's very convenient and I could just take photos (outfit of the days, ie.) with the self timer on my Samsung Galaxy.

So, the first 7 photos are pretty much self explanatory since they are all pictures of my outfits. The first photo on the 2nd row (wearing blue dolman sweater w/ leopard print on the sleeves) is from OASAP.com Isn't it very cute though?

The following photo on the 3rd row is just a picture of this super yummy crepes that I had for my 25th birthday. I'm not much of a cake person so my siblings thought that we could just have some crepes instead since it's less sweet :) --considering the fact that I don't really have a sweet tooth. Crazy, I know!

Next photo is a picture of my little brother and I. We're 3 years apart so he's 22 now and I'm currently 25. He's also a LCpl. in the Marine Corps. ---He's in Afghanistan at the moment too :( But he'll be returning back to Japan early December, so I'm very much relieved about that.

The first photo on the 4th and last row is just a self picture... kind of like an obligatory daily photo haha! Next is a pic of a few models that I helped style and dress for this Fashion show for British designer and Sacramento local, Caren Templet. The last photo is a picture of the very spicy cucumber kimchi that my little sister and I made. It's so good but incredibly and ridiculously spicy and with spicy I mean like hell in your mouth spicy. haha!

Anyway, hope you guys like this little insta-segment. ^^
So, if you haven't followed me already, please do so if you want. I mostly post pictures that are either fashion related and a couple or few conceited photos along with some food pics in the mix + a little bit of everything else in between.

FASHION FOCUS: NEO-PRINT
This season is all about the wild prints! In today's outfit, I decided to mix my super sassy leopard printed button up top from Style Carnage along with my thrifted tangerine tango cardigan and paired those with my forever 21 black skinnies and neon yellow pumps. Super easy look! I also decided to add on a simple gray beanie to make the look a bit more casual rather than a tad dressy.

STYLE CARNAGE:  is a new vintage boutique that can be found on both Asos market place and Etsy. However, they only sell online, so you will definitely find some good one of a kind pieces. Prices are very accessible as they know how student life is. So they understand the fashionistas like us are on a budget too :) They have tons of unique clothing selections, with historical background. Now, don't you think that's pretty cool?

Congratulations, Sae! Please email me at nicolettesison@yahoo.com with your full name, shipping address and size. And I will make sure to forward it to the awesome people at PromGirl :)

Thank you everyone who entered this giveaway!!!! Look out for more in the near future!!!
Posted by Nikki at 2:13 PM No comments: Links to this post

It has been exactly a week since I have last blogged and for that I sincerely apologize. It has been crazy busy due to school and I have also been preoccupied on some out of school work. Anyway, today's look is nothing particularly special, but I am rocking my JC Spiked Litas again! It has been so long since I have last worn them out and it was already starting to collect dust on my shoe cubbie.
Also, last week I turned 25 o_O I know, I know! some of you might think I look a lot younger than that, but I guess a lot of that is because of my Asian genes. LMAO! Which I am somewhat thankful for except for the times I get carded for the weirdest reasons like watching a rated R movie or buying medication or sharpie markers. haha! It is strange but it is what it is :)

FOLLOW ME ON INSTAGRAM ;)
I know I might not be able to update more than once a week, but if you would like to see more of my outfits and other fashion and non fashion related stuff, then please follow me on instagram if you are either an apple or android user.

FALL in love with stripes

FASHION FOCUS: TOUCH OF STRIPE
In today's outfit, it consists of this beautiful wine wrap dress paired with a simple but chic stripe blazer. In my honest opinion, everyone should have their very own pair of stripe blazer, or any type of printed blazer for that matter. It not only completes your look but it adds more depth to your entire ensemble.
This season, don't be afraid to wear your colors and prints out as often as you would like because "trends" are just merely a fashion guide, it's not meant to be followed entirely. As cliche as it sounds, some fashion rules are just meant to be broken. You don't have to settle for  dull and boring colors this season just because it's cold. Mix your prints, add a splash of color to your outfit and over accessorize if you want to. Trends for the season might dictate the fashion world, but only yourself could dictate your own personal style ;)

Posted by Nikki at 11:52 AM No comments: Links to this post

Today's weather was probably the biggest sign that the autumn season has begun...finally! It was around low 50's today and it was not only gloomy but also rainy. I mean, don't get me wrong, I do love and enjoy the rain, just as long as I'm indoors and I'm not the one getting soaked. However, in today's case, it was the exact opposite because I was not only outdoors, but I was getting wet as well =/ However, with that aside, today's outfit is incredibly comfy, grungy and colorful.
I've been loving mixing and matching colors for a long time now since I'm not a black and white type of girl. So, in this ensemble, I decided to pair my gargantuan of a cardigan with my neon green beanie. Knits on knits are perfect for this cold weather!!! I'm also wearing my favorite studded shorts but of course, I'm wearing knit tights to give me that extra warmth.
Overall, I must say, this has to be one of my favorite outfits. ---I don't know why but lately I've been into beanies, maybe because it matches with the style of my hair or what? But yeah, I digress! Today's look, is not only super warm but you can say it's also pretty on point with last seasons trends. LMAO! 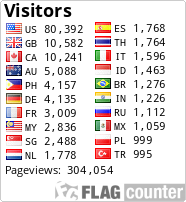